With Lunar New Year right around the corner, here are 8 auspicious foods you should try!

Why are Certain Foods Consumed During Lunar New Year?

There are many wonderful dishes that are consumed during the 16-day festival period of Chinese New Year in Hong Kong and Singapore. Some of these foods are commonly consumed throughout the year, but there are a select few – usually consumed during a Lunar New Year Eve banquet – that have truly special significance.

These dishes are consumed because of the auspicious symbolism behind the pronunciation of their names and the special meanings behind them. Other dishes are consumed because of how the food looks and mimics good luck symbols. For many, not only do the dishes themselves matter, but also the process of preparation, serving and consumption, itself. Below, you can find 8 lucky foods consumed during Chinese New Year.

Sweet rice balls 汤圆 Tāngyuán /tung-ywen are a traditional dish consumed in southern China in places like Hong Kong. It is typically consumed during Lantern Festival, but people also eat them during the new year period. The round shape of Tangyuan symbolizes reunion and coming together, which is often a major feature of Lunar New Year celebrations, where family members all come together after many months of being apart.
When eating Tangyuan, some lucky sayings that people often use include:
团团圆圆 Tuántuán yuányuán /twann-twann ywen-ywen: Happy family reunion!

Boasting a history of nearly 2,000 years, dumplings are a classic staple dish consumed in places like Hong Kong, Singapore and beyond during the new year. The reason dumplings are eaten in such abundance is because the shape of a dumpling is like an ancient Chinese silver ingot, which is curved and boat-shaped. It is further believed that the more dumplings you eat during the new year, the more wealth you will accumulate!
Though there are many different dumpling fillings that can be made during the new year, one filling that is skipped is Chinese sauerkraut 酸菜 suāncài /swann-tseye. It is believed that the sour taste will bring tough and difficult times in the year ahead.
When eating dumplings, some lucky sayings that people often use include:
招财进宝 Zhāo cái jìn bǎo /jaoww tseye jin baoww: Bringing in wealth and treasure!

In Chinese, the word for fish is 鱼 Yú/yoo, which also sounds like the word for ‘surplus’. Since everyone wishes to receive a surplus of wealth and prosperity throughout the new year, eating fish is a symbolic way of ensuring this. Certain types of fish also have special meanings. For example:

Catfish, which is pronounced as 鲶鱼 niányú /nyen-yoo sounds like 年余 nián yú/nyen-yoo meaning 'year surplus'.
When eating fish, some lucky sayings that people often use include:
年年有余 Niánnián yǒu yú /nyen-nyen yo yoo: May you enjoy a surplus year after year!
鱼跃龙门 Yú yuè lóngmén /yoo ywair long-mnn: Success in passing your exam! This particular saying draws on the legend of carps swimming against strong currents upstream and eventually jumping over a waterfall to the Dragon Gate, where their hard work pays off and the carps turn into mighty dragons.

Spring rolls 春卷 Chūnjuǎn /chwnn- jwen are commonly consumed in Hong Kong during all times of the year. However, the name spring roll actually derives from the fact that they were traditionally eaten mainly during Spring Festival (another name for Lunar New Year).
Spring rolls are filled with a variety of ingredients including vegetables, meats and/or sweet things. When fried, spring rolls take on a golden color, indicating incoming wealth.
When eating spring rolls, some lucky sayings that people often use include:
黄金万两 huáng jīn wàn l iǎng/ hwung-jin wan-lyang: A ton of gold! 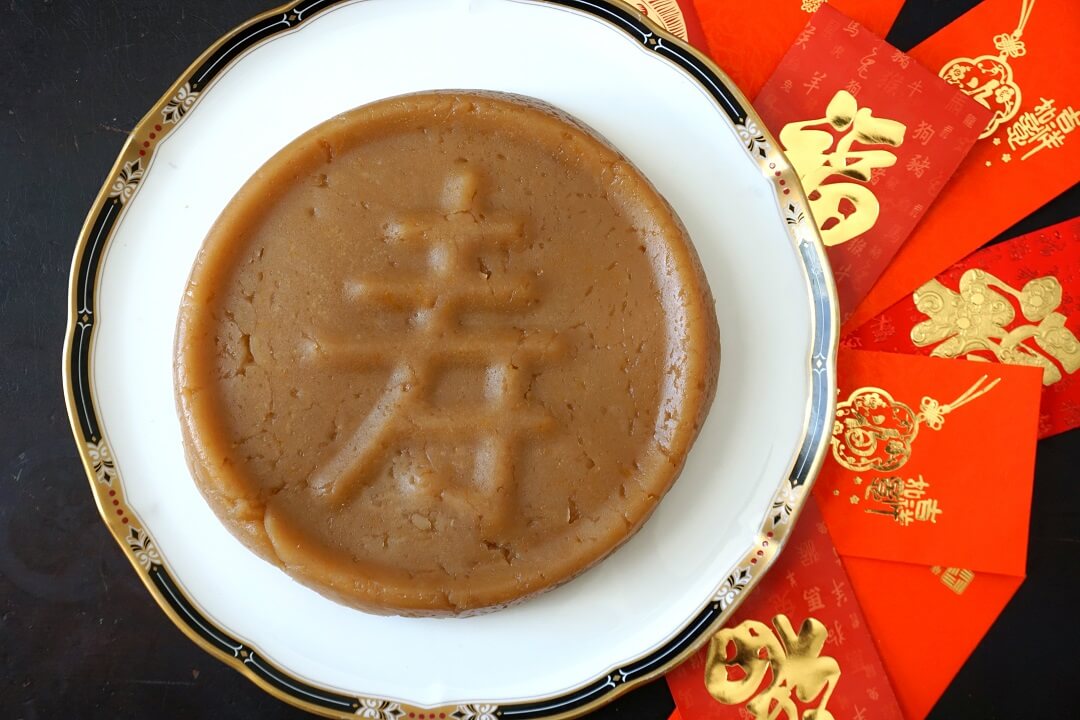 Glutinous rice cake 年糕 Niángāo /nyen-gaoww is consumed during Chinese New Year because its name sounds like ‘yearly growth’. It is believed that consuming niangao during the new year period will help people reach higher positions at work, grow their incomes and see a general improvement in life status. The main ingredients of niangao are sticky rice, sugar, chestnuts, Chinese dates, and lotus leaves.
When eating niangao, some lucky sayings that people often use include:
年年高 niánnián gāo /nyen-nyen gaoww: Growth Every Year! This can imply things like the growth of children’s height, a promotion at work, better grades, higher salary and more.

Eating and keeping tangering plants during Chinese New Year is a common practice throughout Hong Kong, Singapore and many more places. There are two reasons why tangerines are so commonplace during the Lunar New Year period. First, tangerines 橙 chéng /chnng sounds similar to the Chinese word for 'success' 成 chéng/chnng. Second, one of the ways of writing tangerine 桔 jú /jyoo contains the Chinese character for luck 吉 jí /jee. 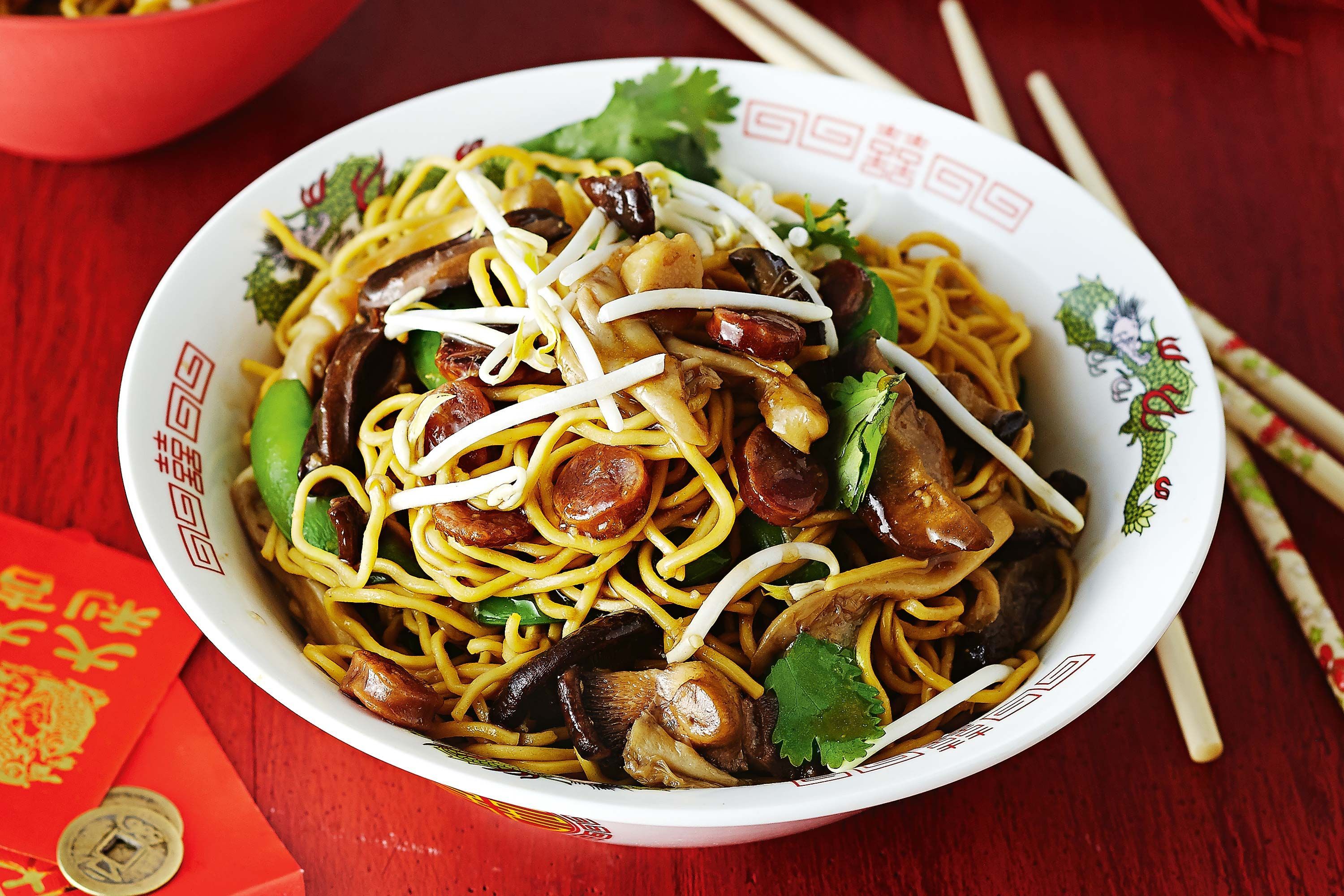 Longevity noodles 长寿面 Chángshòu Miàn /chung-show myen is prepared specially to indicate and promote the idea of a long and healthy life. The noodles are not cut, so their long length is believed to show a symbolic depiction of the long nature of the eater’s life.

The tray of togetherness is traditionally prepared to give to relatives as a snack or to offer as presents. Comprised of a red ‘candy box’ with various compartments, it is filled with different traditional treats - each of which has its own special good luck meanings. For example, preserved kumquats for prosperity, coconut for togetherness, longans to bring many sons and red melon seeds for happiness. Many families use a box with 8 compartments since 8 is a lucky number in Chinese culture.

What is Eats365’s Kitchen Display System and How Can It Benefit Your Restaurant Business? 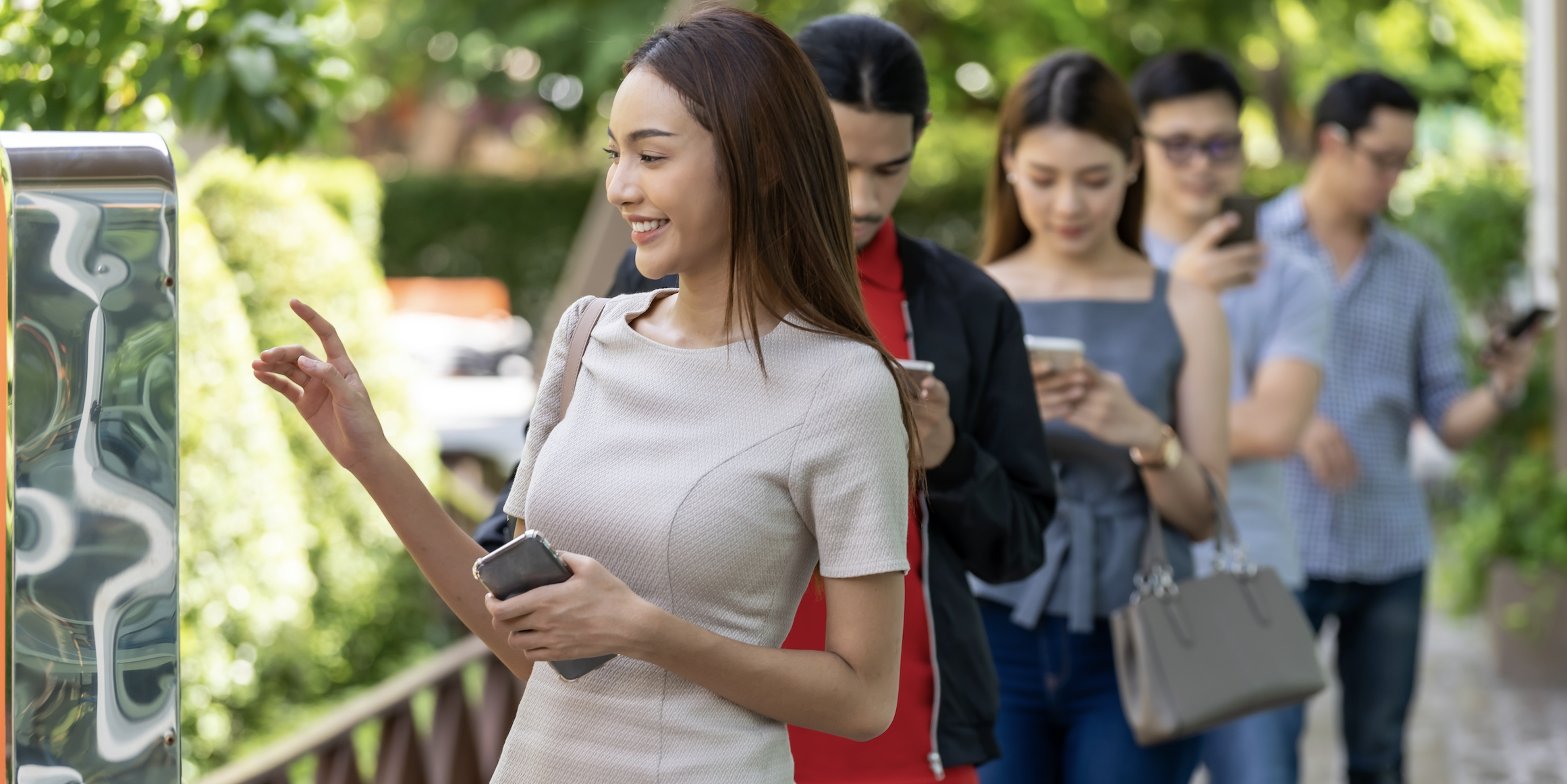 What is Eats365’s Queue Ticket Kiosk and How Can It Benefit Your Restaurant Business?