1800s-present; A Short History of the POS

Do You Know How the Modern POS came to Be?

What Exactly is a POS?

A POS (Point of Sale) is, at its most basic level, a cash register that keeps track of all incoming and outgoing transactions for a business. However, thanks to advancements, new technologies and integrations, the modern POS can serve as so much more. It can allow business owners to keep track of finances, customer relations, sales data, employee data, inventory management and more. It can even act as a central hub, connecting and interacting between Front of House and Back of House devices to create a single, cohesive system that runs throughout your entire business. Needless to say, POS systems have come a long way from their humble beginnings. But what exactly is the beginning of the POS, and how did it reach this point? Let's take a dive into the annals of history and uncover the evolution story of the humble POS.

[1]The first form of POS was a simplified cash register developed and patented by Ohio native, James Ritty, in 1879. The idea came about after Ritty, who was a saloon owner, discovered that one of his employees had been stealing from him. His idea was to create a machine that accurately kept track of sales so that theft would be much tougher to get away with. After seeing a machine that counted the rotation of a ship's propeller in 1878, he had the brainwave to create a similar machine that would instead tally up sales.

Unfortunately, Ritty's invention didn't really catch on with other business owners the way he would have liked. He ended up selling his patent to a group of investors, one of which took Ritty's patent, started up the National Cash Register Company in 1884, and made a fortune! Poor Ritty.

The National Cash Register Company continued to push and develop the cash register in the 1900s. More and more tweaks and advancements were made, including adding a cash drawer, paper rolls to print receipts on and an in-built electric motor that made it faster and easier to ring up sales. By the time the 1940s and 1950s rolled around, cash registers were a must-have in just about every F&B and retail store.

However, it was in the 1970s that progress really ramped up. As cash registers and computers merged into one, features like credit card terminals and touch screens could be added. In the 1980s and 1990s, Microsoft changed the game as PC-based cash registers emerged. Barcode scanners, electronic registers and better credit card functionality meant that cash register convenience reached an all-time high.

The 2000s brought in an entirely new wave of technological advancements that helped the cash register evolve. The invention of mPOS (Mobile POS) meant that servers could ring up sales on the move. With the creation of so many smaller, sleeker devices packing quite a punch, POSs were now smaller and sleeker than ever. Instead of clunky cash registers, businesses could run their entire operation off things like tablets, phones and iPads. In addition, functionality improved from just tallying sales to being able to keep track of inventory, customer spending habits, finances and more. Cloud technology also enabled chain stores to have all of their data on one system, which meant that store owners no longer needed to keep track of stores individually through separate systems.

Finally, POS systems became cheaper thanks to all these new advancements. While a top-range POS system can cost several thousand dollars, the cost of owning a POS now comes down to purchasing an iPad and downloading an app. This new wave of iPad POS systems is vastly customizable and runs according to individual business needs. 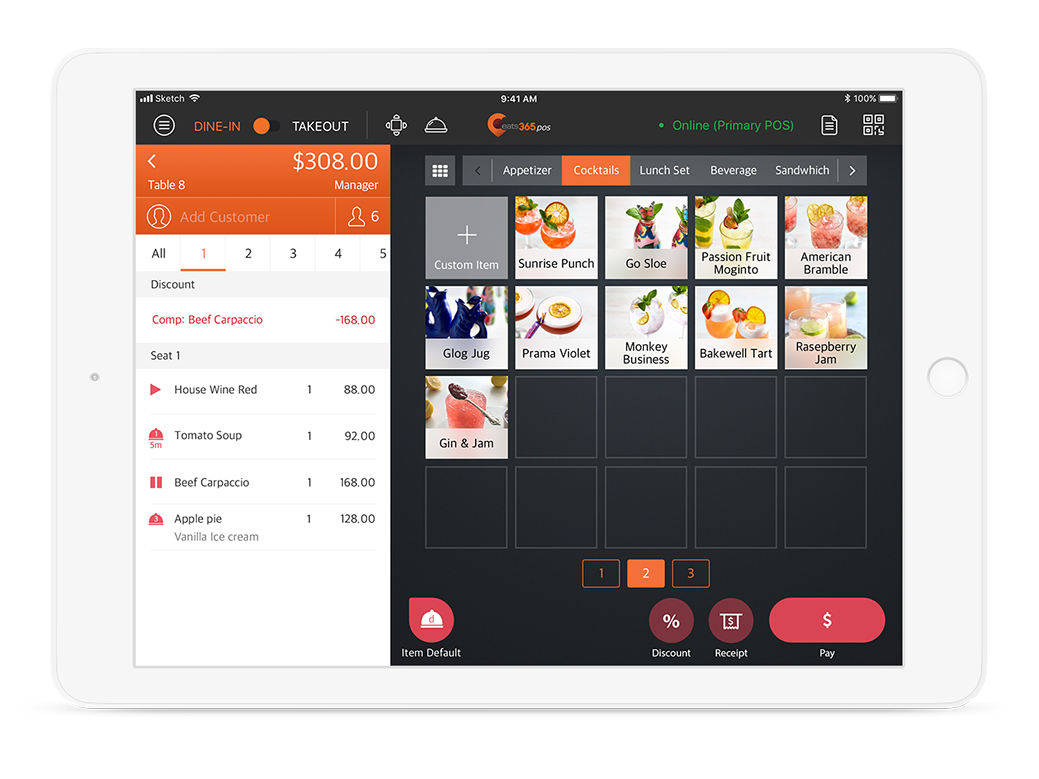 4 Ways to Focus Your Business Around Your Customers