What is a Cha Chaan Teng?

The hallmark of a typical Hong Kong Cha Chaan Teng includes cheap food, casual seating where strangers often share the same table, very fast and occasionally sloppy service, long opening hours and, of course, plenty of tea. Many Cha chaan Tengs will also have an attached bakery where people can grab pastries to eat on the go, or enjoy with their meal.

We alluded to Cha Chaan Tengs offering a unique style of food that blends local Hong Kong favorites with a Western twist. Why exactly is this? Well, after Hong Kong became a British colony, there had always been a curious exchange of culture between Hong Kong and the West. From aroud the 1890s, Western Cuisine had been available in full-service restaurants, and was usually too expensive for the average local Hong Konger to afford.

After World War Two, this gap in the market was finally closed as local Hong Kong eateries known as, you guessed it, Cha Chaan Tengs started popping up to sell Canto-Western cuisine and drinks that locals could afford.

Since this fusion of cuisines, Cha Chaan Tengs have exploded in popularity throughout Hong Kong, Macau and parts of Guangdong Province. So prolific is the Cha Chaan Teng as part of Hong Kong’s cultural heritage that “In June 2014, a number of famous dishes in cha chaan teng—namely milk tea, yuenyeung, pineapple bun, and egg tart were enlisted into the first Intangible Cultural Heritage Inventory of Hong Kong.”

What Food and Drinks Must You Try at a Hong Kong Cha Chaan Teng?

Despite its name, the pineapple bun contains no pineapple, but rather has a crispy top that resembles the look of a pineapple. Sweet in flavour, the pineapple bun is often served with a small slab of butter within, as a variant to the traditional version.

The egg tart can be found all over Hong Kong now, but it is a staple of many a Cha Chaan Teng. With influences from both Portuguese and British culture, Hong Kong’s egg tarts are a truly scrumptious treat that everyone should try at least once!

The cocktail bun is a combination of sweet bread and a shredded coconut center. The cocktail bun also traces its roots to British colonialism as the bread used is a sweeter variation on western bread that was introduced to Hong Kong by the British. 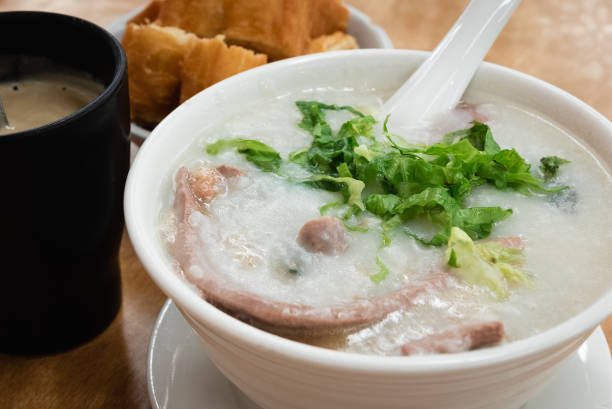 Congee is served at all times of the day, but it is a popular breakfast staple in Hong Kong. Consumed while piping hot, there are a myriad of different things that diners can choose to put in their congee ranging from pork and scallions to crispy fried bread. Given the range of options, congee can be personalized to suit the taste of just about any hungry diner.

Okay, we’re cheating a little bit here. There are loads of soup dishes that you can order while in a Hong Kong Cha Chaan Teng. Let’s go over a few of the most popular soup options. Of course, you can get wonton soup, tongs of variations on ramen, but perhaps the most unique soup variant you can find is macaroni soup.

Toast, similar to soup, has a bunch of variations. Whether sweet or savory, there’s a lot that Hong Kong Cha Chaan Tengs accomplish with just a humble slice of bread. You can, for example, have your toast with peanut butter, regular butter, jam, eggs and much more! 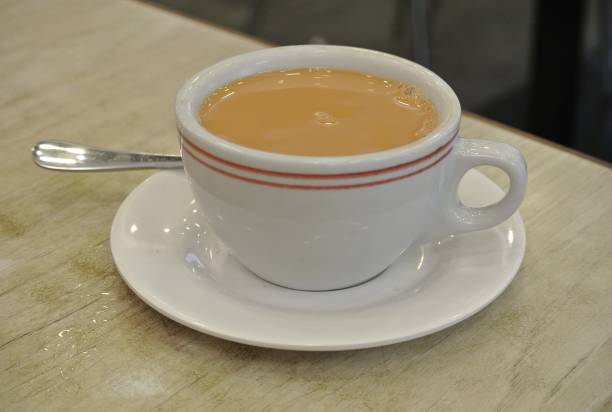 Hong Kong milk tea originated from the British practice of drinking afternoon tea, where black tea was consumed with milk and sugar. The Hong Kong version does away with regular milk and replaces it with condensed milk for extra silkiness and sweetness. Hong Kong milk tea is also often served cold as a great way to beat the city's sweltering summer heat.

Essentially, Yuen Yueng is a mix of Hong Kong-style milk tea (7 parts) and coffee (3 parts). It is said that during Hong Kong's colonial era, local British and Chinese citizens wanted a stronger, more-caffeinated version of Hong Kong milk tea. Thus, Yuen Yeung was created! The name Yuen Yueng references mandarin ducks, a species where the male and female look starkly different from one another.

This drink can be served both hot and cold depending on the preference of the drinker, and whether it’s a sweltering 35 degrees Celsius outside! The tea is usually served with a few slices of lemon that Hong Kongers usually crush to add an extra bite of citrus. Sugar syrup can be added for additional sweetness. 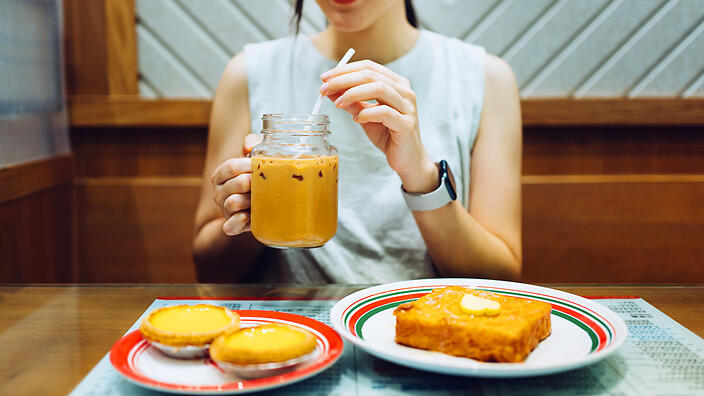 When visiting a Hong Kong Cha Chaan Teng, you might spot a few old-school idiosyncrasies that give these amazing eateries their charm. For example, waiters will place hot water or tea at the table when you arrive. You should use this to wash your utensils instead of consuming it immediately. Waiters also have their own way of taking orders. If you order a lemon tea, for instance, waiters will write OT on the order ticket because the number 0 pronounced the same as the word lemon in Cantonese. T is just an abbreviation for ‘tea’.

What New Restaurant Tech is being Implement?

Now that so many restaurants are getting online and people are used to using their mobile devices to find food, los of Cha Chaan Tengs have begun building an online arm to their business. This is not to say that they are getting rid of their physical locations. Rather, they are looking to blend old and new. For those customers who still want an authentic experience, the physical dine-in locations are still open. However, for customers who want the great food, but can’t spare the time to dine in, they can order online and pick up their food, or have it delivered.

A few common examples of new tech being used by Cha Chaan Tengs include: online ordering with pickup/delivery enabled, Cloud-based POS systems that connect the online and physical aspects of the business and Pickup Display signage systems for when customers or delivery drivers arrive and need to pick up food. 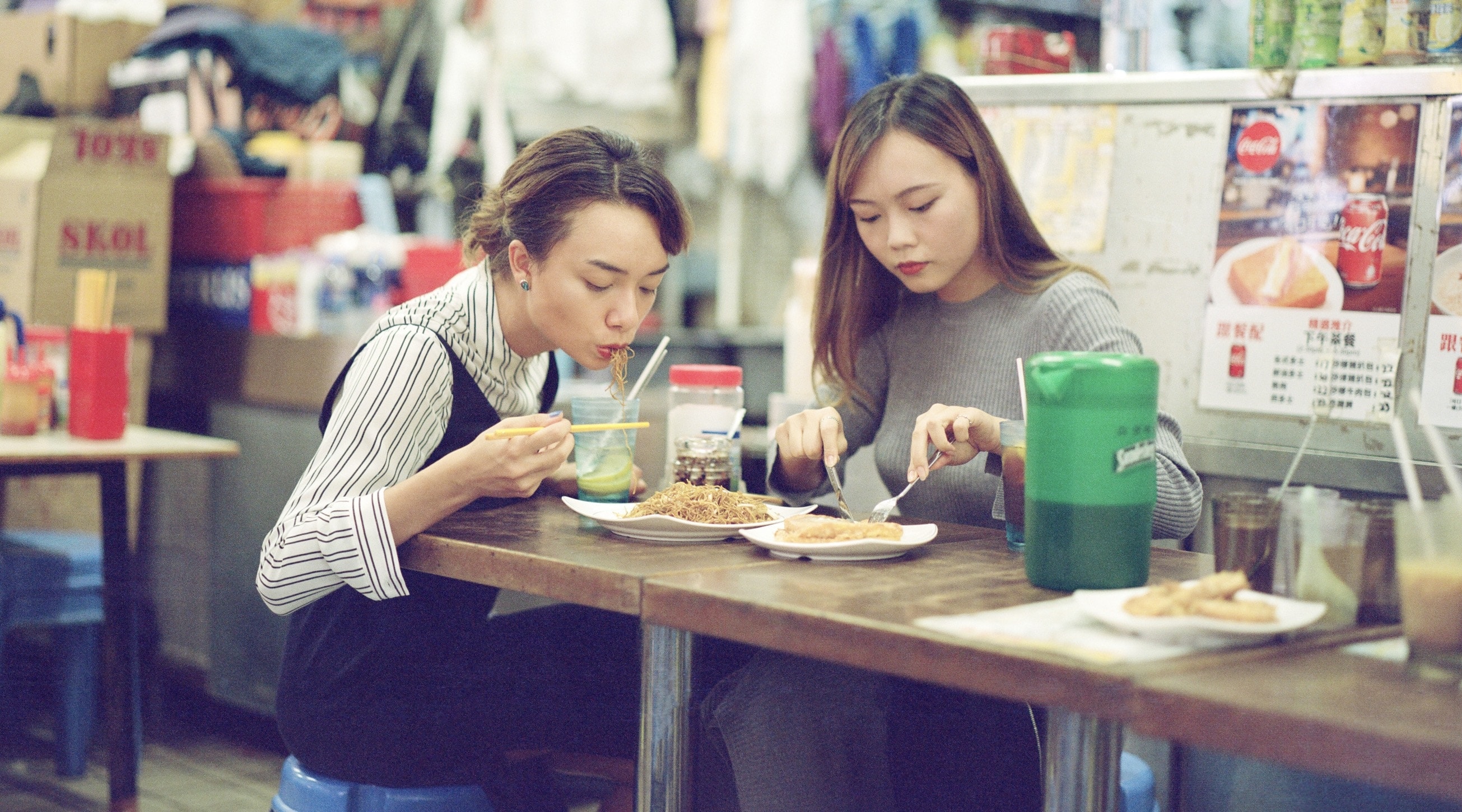 What Does this Mean for Hong Kong’s Cha Chaan Tengs?

This allows Hong Kong’s Cha Chaan Tengs to keep their traditional dine-in way of doing things while also moderninzing and boosting sales online so that an entirely new generation of Hong Kongers can still experience these amazing pieces of the city’s iconic cultural heritage.

The History Behind 10 of Hong Kong's Most Iconic F&amp;B Brands